As we draw up to two years in Bangkok I get the opportunity to reflect and notice the things I do appreciate by being here.

Expat life is a privileged bubble and a fairly easy life (especially those of us in the supporting role). Once the initial set up and finding your tribe is done settling into Bangkok has been a pleasure.

For its frustrations there are many positives. The Thai culture is such that it warms my heart how they embrace community and children, even in the hustle bustle of the city. Many a time I’ve been on the jammed train and someone will stand for my daughter allowing her to sit. And whilst she’s seated, being a 4 year old and incapable of sitting still more often than not she’s awash with adoring smiles. And if I’m even a step away and she looks to be unstable at least four arms appear to help steady her. 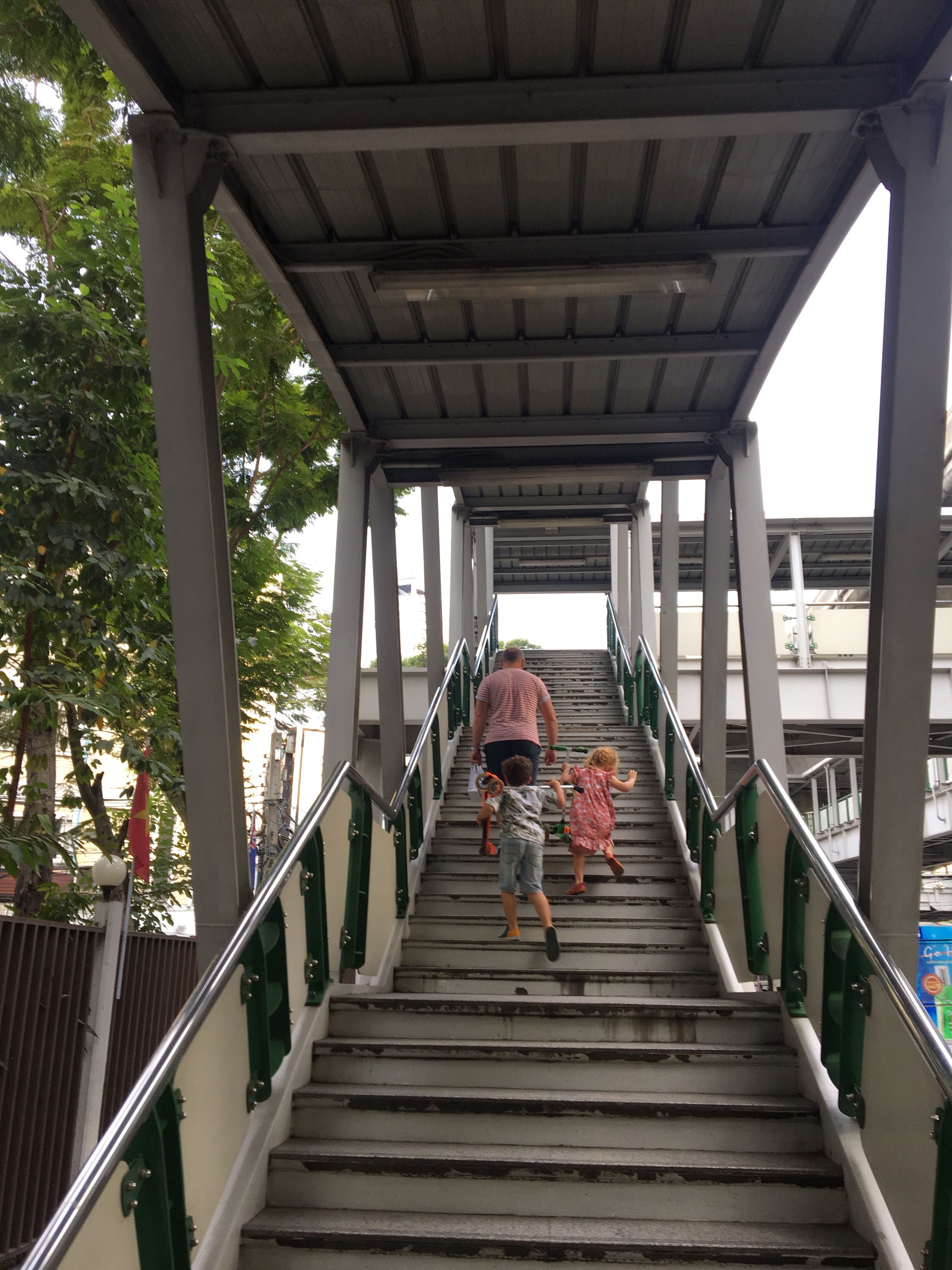 This relates to the street especially in our neighbourhood. Whilst I can’t speak a single word of Thai and they not a lot of English I know the local noodle lady outside our compound and the half dozen security guards and motor bike taxi men all know where we live and who our children belong to. If they scooter or cycle half a block ahead I see them all looking for me and calling to each other ‘baby’ (for my daughter) and ‘mama’ and pointing. Just to check the kids are safe. 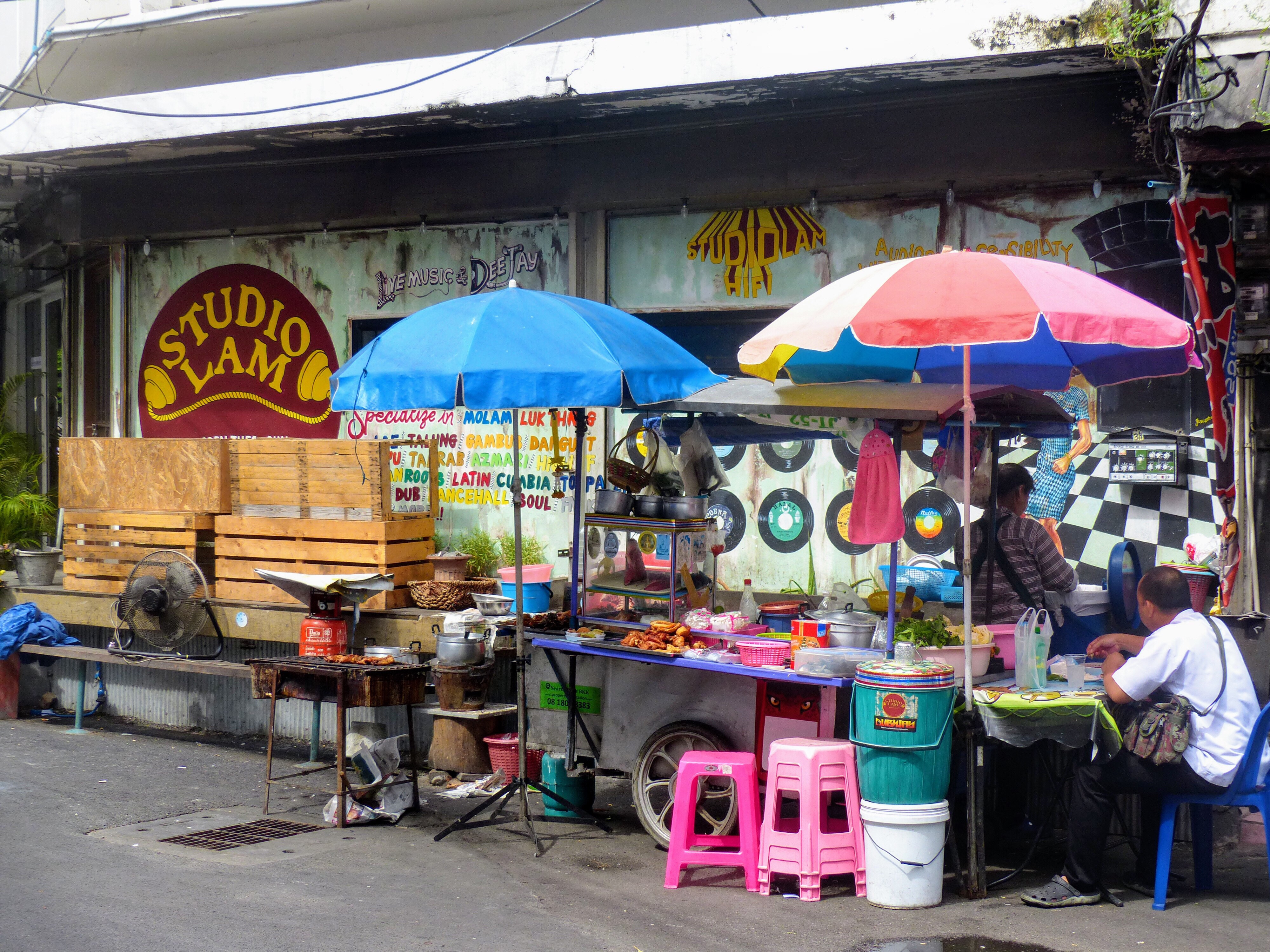 The same if the kids get too close to the edge of the curb. Someone will grab the scooter or put an arm out and wait for me to arrive.

A friend was walking down the road (out of Bangkok) in the rain with her 3 year old son. It was warm and not far. But a man pulled up and offered an umbrella, not taking no for an answer and no way of returning it to him my friend could do nothing but accept!

Down to the car park attendants, their job seems to be to whistle a lot, wave their arms and irritate my husband while they instruct his parking. But on occasion I’ve had one running ahead of my car to find me a park in a crowded mall car park. Now that is commitment!

And whilst all this is going on and you’re trying your hardest to park efficiently to the beat of the whistling and yelling and waving a queue of other cars may develop. Trust me there is not even a hint of a horn.

I’ve been driving in Bangkok since we arrived and yes it was highly stressful, and the driving test is a whole other story. But I’ve settled in and got used to the chaotic rhythm (not without taking out a bike once). I now know to look everywhere when I turn. I know I can inch into the slow moving traffic and I know patience is a virtue and I know the horn is only for exceptional cases. I also know to allow at least 30 minutes to go 5km!

For a city that spends most of its time outside and living publicly it is an essential benefit to be aware of those around you. 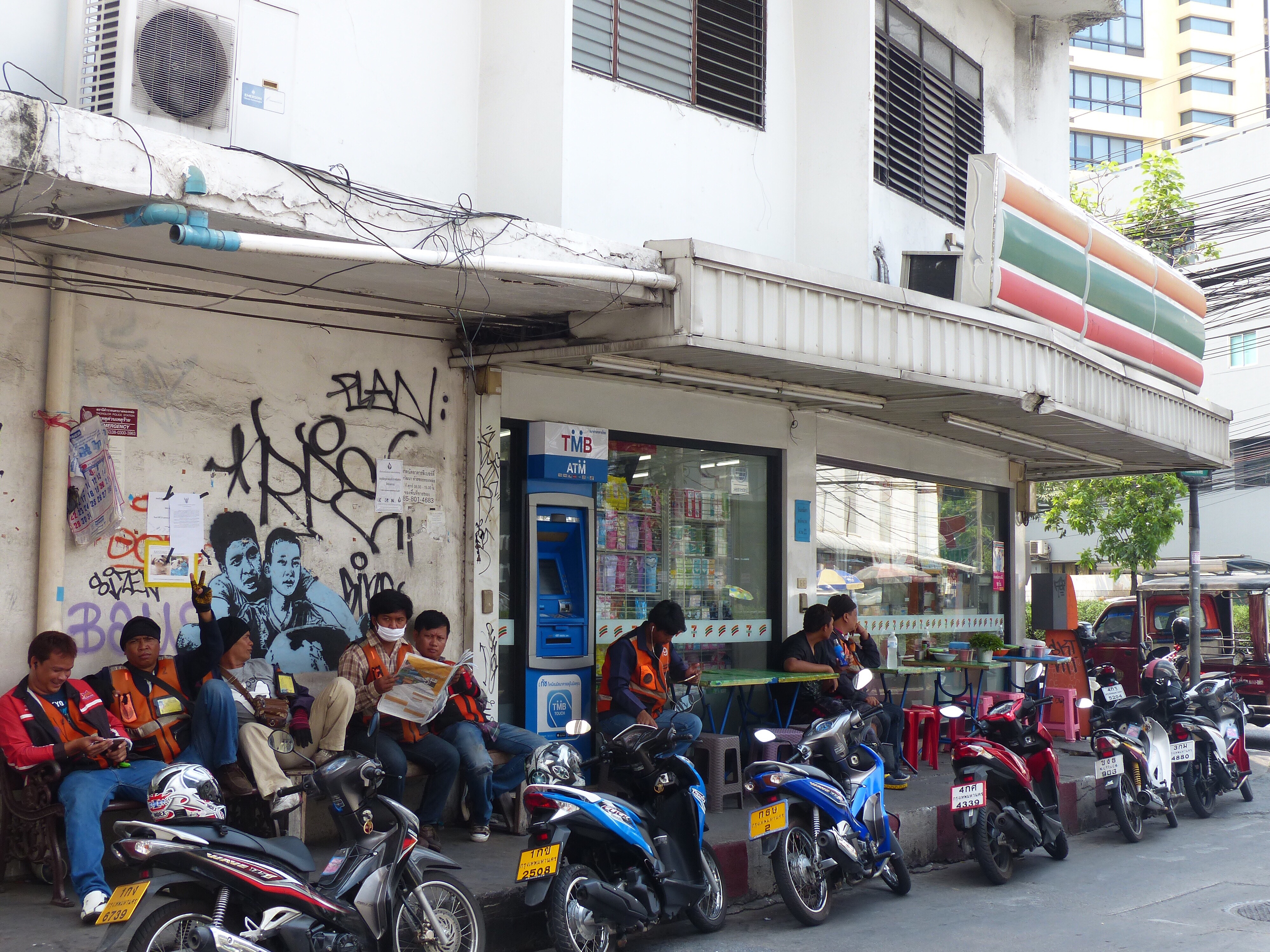 The motorbike taxis (motor-cys) situated on each street corner each have their own patch and I’m in no doubt they know each and every person in that patch and what they do. They are the eyes of the neighbourhood and I’ve personally seen it used for good. A friend ran out of petrol in her own scooter and within a couple minutes a motor-cy was there. He took her to the nearest gas station brought her back and no money exchanged. I had one arrive to me discovering my car was clamped. Took me to the police station, translated what he could, brought me back to the car and yes I gave him a good tip but no money was asked for.

When a motorbike ran into the front corner of my car (while I was turning into our drive), the driver, not wearing a helmet, and only flip flops (alright thankfully), skid into the road. First on the scene? Motor-cy driver, he stayed with the young guy throughout the 3 hour police session. All to establish that I had insurance and therefore would be ruled my fault (grumpy face). These guys didn’t seem to know each other and yes he was there to support the argument that it was my fault. But I admire the instant support.

I don’t doubt that bad things happen here in Bangkok. But in what I have experienced my possessions, my person and my children have been safe. I’ve never felt uncomfortable or threatened. In some cases I feel safer than at home in Auckland.

These small nuances of the culture and living as part of a community with in the monstrous city is a credit to the Thai way.